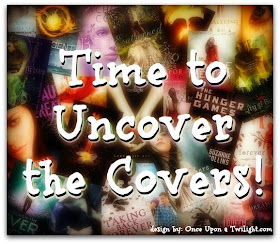 We are beyond excited about this cover reveal for Gaia by Karen Ann Hopkins!  Be sure to enter the giveaway and join the discussion about the power of novel covers! 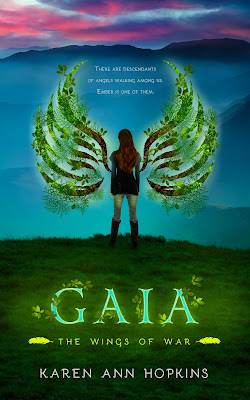 Humankind is on the precipice of the apocalypse.

As the Demons grow bolder and the walls between the planes of existence weaken, Ember is forced to develop her powers as quickly as possible, and she seeks out a powerful earth Watcher to continue her supernatural lessons. Her glimpse of the future demands she fight the dark forces spreading across the earth.

But her new mentor has his own agenda, making her question everyone and everything she ever trusted.

When Ember is thrust into the world of the Watchers, she learns of their plans—ones that defy the scripture and make them enemies of the Celestial Host. Ridding the world of evil gets complicated when it becomes impossible to take sides.

As Ember struggles with morality, she soon discovers that there’s something more frightening than anything she’s faced before. 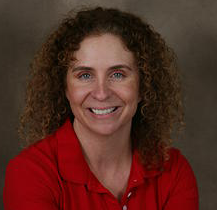 Karen Ann Hopkins resides in northern Kentucky with her family on a farm that boasts a menagerie of horses, goats, peacocks, chickens, ducks, rabbits, dogs and cats. Karen's main job is home schooling the kids, but she finds time to give riding lessons, coach a youth equestrian drill team, and of course, write. She was inspired to create her first book, Temptation, by the Amish community she lived in. The experiential knowledge she gained through her interactions with her neighbors drove her to create the story of the star-crossed lovers, Rose and Noah.

Karen grew up about a mile from Lake Ontario in Upstate New York. She was bitten by the horse bug at the age of five, and after diligently taking riding lessons for several years, was rewarded with her first horse at the age of eleven. The feisty horse's name was Lady, a Quarter Horse-Thoroughbred cross, who became Karen's steadfast companion. Through the years, the constant force in her life was horses. Eventually, she found her place as a riding instructor herself. Before accepting her fate in the barnyard, she worked a short stint as a paralegal, traveled abroad, and guided tourists on horseback riding tours in the Smoky Mountains of Tennessee.

Karen is currently working on her Amish mystery series, Serenity's Plain Secrets, along with the YA paranormal/fantasy series, The Wings of War. Karen is also excited to announce the Temptation series has been optioned for TV by Pilgrim Studios and is available on Audible.