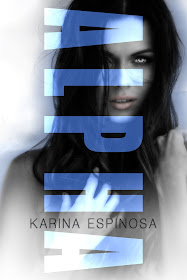 It’s hard being a Princess.

Mackenzie Grey never felt as vulnerable as she does now—but that won’t stop her from getting what she wants: revenge. Kenz and her friends journey to a new land where everyone has a motive and everyone is a suspect.

The Lunas find their voices after the massacre but question still stands—who is the real enemy? If Mackenzie wants to free herself, she will need to free them all; and it won’t be easy. As she approaches her 24th birthday—in the middle of a web of lies, deception, and murder—Kenz has to weave her way to the truth before she’s next on the chopping block.

With her companions, Mackenzie will make her final stand and change the course of the Lycan world forever…

Karina Espinosa is the Urban Fantasy author of the Sins of the Fallen series and the Mackenzie Grey novels, and a Senior Contributor for HollywoodNewsSource.com. Infatuated with travel, pop culture, and the need to write everything down, she spends much of her days in front of a computer working on her next book, shopping online, and listening to music. With nomadic tendencies, she is currently resting her head in South Florida until the itch to move strikes again. You can usually catch her on Facebook, Instagram, and live-tweeting during episodes of The Walking Dead and Orphan Black. Follow her on social media!

Read Katie's reviews on SHIFT & CAGED
Leydy at 2:00 AM
Share